Book now
Need a guide book for Zadar? You have it all and beyond all in our blogs. Let us guide you through Zadar and its vicinity, its famous attractions and hidden gems, customs of its people, continually updated what-to-do’s and more. Become an expert on Zadar even before you come and enjoy it so much more once you arrive here.
Advent and New Year's Eve 2019 in Zadar 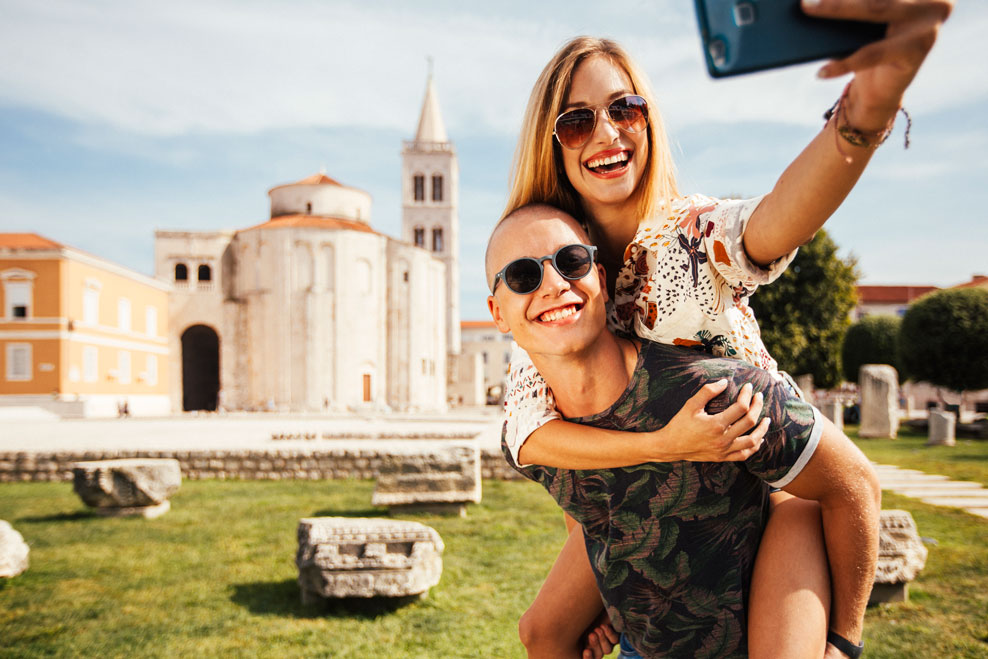 Colourful. Unique. Historic. Buzzing. Simply Instagrammable. And #Zadar is all that! You may have different reasons to #VisitZadar, but you can be 101% sure that your Zadar pics won’t go unnoticed. So, spread some love from Zadar to the world, be it from a spot you found by chance or a popular Instagram spot from a different angle. Your angle.

Take the pulse of Zadar

Discover the historical street said to be older than the city itself! Cherished in the hearts of Zadar's people under the name of #Kalelarga, the street is officially called Široka ulica. A centre of public life for more than two millennia, it leads to the famous landmarks of the city. So, stand in midst of its buzz or when it’s all peaceful and quiet for a great snap!

Pay tribute to #ZadarOldTown and make legendary photos! Feel like a winner standing right under the Land Gate. Strike a fun pose at Five Wells Square. Embrace the historical streetlight on People’s Square (Cro. Narodni trg) and take photos 360°with historical buildings in the background. Discover hidden gems in the historical neighbourhoods on the peninsula such as Varoš.

On the opposite side of the historical peninsula, the Kampo Kastelo neighbourhood is another great insta-worthy spot. So, head along the city’s defensive walls (#UnescoWorldHeritage) to get there and feel inspired to snap a few pictures on your way. Also, don’t miss the top of the stairs of the 18th century Arsenal for a fun photo.

Record every step you make for the ultimate views of Zadar! Climb a bit less than 200 stairs to the top of the #Belltower of St Anastasia’s Cathedral and get ready for a bird eye’s view of the city.

Zadar’s landmark from all sides

Get a shot of #StDonatus in all its glory! Feel inspired by its serene interior or appreciate its unique outside look from the Roman Forum. Or use it as a background while you try to snap a picture of a seagull flying past the window of your room at Boutique Hostel Forum.

Sit on the promenade steps and let Zadar’s #SeaOrgan work its magic as the #GreetingsToTheSun bedazzles you with the light show! Taking a photo of the one-of-a-kind experience might be a bit tricky, but it’s your very own special moment with Zadar’s most popular attractions. 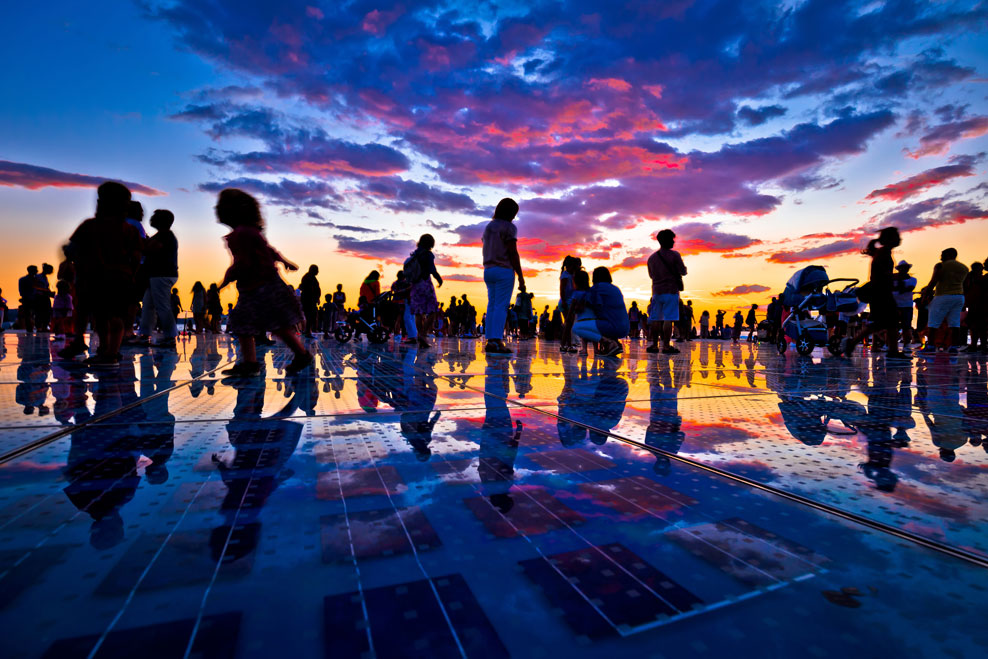 Romantic or not, #ZadarSunset is sure to make you stop! So, stop for the ultimate photo, as you walk along the promenade. The famous sunset with its interplay of breathtaking shades of evening colours, always unique, never the same, is your opportunity for an Insta hit.

All the shades of Zadar

#FeelZadar in its entirety! Get to know Zadar beyond the tourist attractions, historical and modern. Watch the harbour liven up upon the fishermen’s return in the morning, chat up a lady at the colourful market and note the everyday interactions, join in #ZadarNightlife in local bars.

From Zadar with love

Send your very own enthusiastic, inspiring, unique Insta-postcard from #ZadarCroatia! Hit the streets, explore the irresistible city. Then show the world just how much you not only #LikeZadar, but in fact #LoveZadar.

Let Kalelarga lead you to the city’s most popular squares, each with its own charm for you to discover. Just take it easy and let Zadar show you its magic! 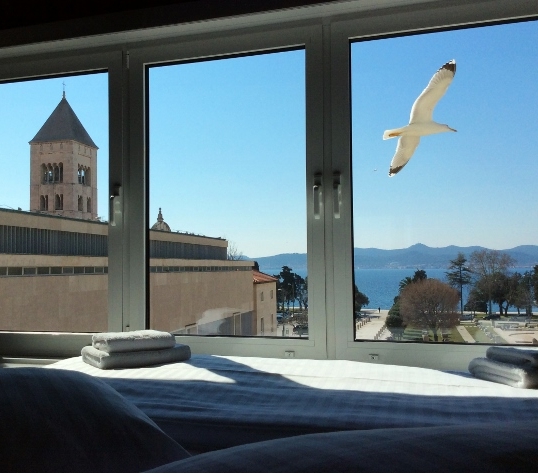 Choose a Hostel over a Hotel in Zadar