Book now
Need a guide book for Zadar? You have it all and beyond all in our blogs. Let us guide you through Zadar and its vicinity, its famous attractions and hidden gems, customs of its people, continually updated what-to-do’s and more. Become an expert on Zadar even before you come and enjoy it so much more once you arrive here.
The Very Best of Spring in Zadar Region

Back to blog list
Top Places in the City - a Photo Guide to Zadar 2022
Tips to get ready for your trip and experience Zadar like a local
Winter Holidays and New Year's Eve 2022 in Zadar
Travel from Zadar to Popular Destinations in Croatia
Active Hostel Break ... in Zadar in 2021
Zadar in 24 hours - All the Things You Can See and Do in a Day
Must-See Stops on Your Tour of Dalmatia in 2021
7 Best Hotspots to Visit in Zadar Region 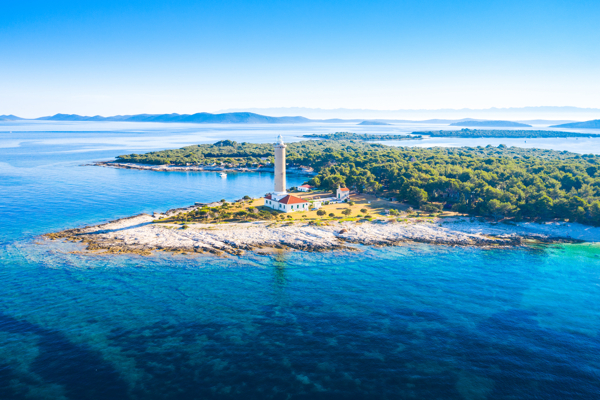 It’s hot! It’s awesome! It’s Zadar (region)! So, what are you gonna do to make your visit real special, Insta-worthy, a can’t-keep-my-mouth-shut-about-it kind of a trip? We have a few hints for you, so see what works best and make your very own edition out of it:

1. The inevitable city of Zadar

Take in the unique flair of the city, where the modern meets the ancient…  Don’t just snap a pic on a rock at the Roman Forum, but discover other traces of times long past, including the vibrant central street Kalelarga (officially Široka ulica). Look for the Venetian heritage starting with the walls, gates and historical squares (UNESCO World Heritage Site).

That’s just the old part. Heading to the promenade, you then get to experience the modern attractions - Sea Organ and Greetings to the Sun. Both architectural works of art pay a one-of-a-kind tribute to the city itself. Just dig deeper and see for yourself what a fascinating place Zadar is.

2. Charm of a small coastal town

Get to know the story behind small historical towns on the coast! For example, both Nin and Pag have a very special Mediterranean charm, and offer authentic experiences. In Nin, you might learn more about the early Croatian history, and traditional way of life by visiting the Nin Saltworks. Similarly, Pag island may be widely known for its party scene, but it is also the home to the famous Pag island cheese, a very distinctive product of the specific environment and microclimate. 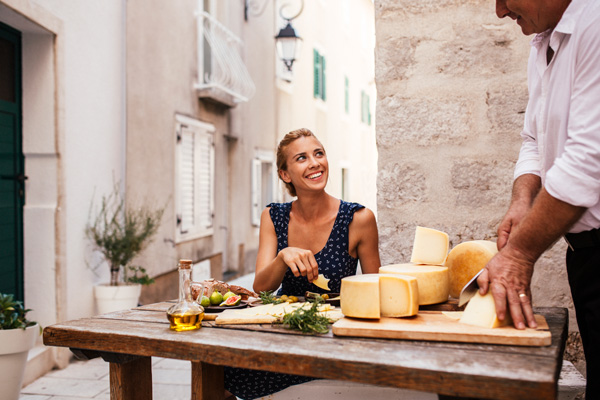 What’s your favourite kind of beach? You name it, Zadar region has it! Pebbly beach with turquoise sea? Go to Sakarun beach on Dugi Otok island. Sand as far as the eye can see? Head to Nin’s Lagoon. Lively urban beach? You don’t even have to leave Zadar, just go south of the historical peninsula to Kolovare.

Yes, parks, as in plural. Islands, rivers, lakes and the mountain - the wider Zadar region indeed has amazing wonders of nature to see. And knows how to cherish it. Staying in Zadar, you can easily reach national parks such as Paklenica, Kornati islands, Krka, as well as nature parks Vrana Lake and Telašćica on Dugi Otok island.

5. The heart of romance

Travelling with hearts in your eyes? There’s no better place for romantic surprises than the Zadar region. Take a panoramic flight over the heart-shaped island of Galešnjak, discover the story of the Zadar Sphinx, walk off into the sunset, the most beautiful one there is, in Zadar. 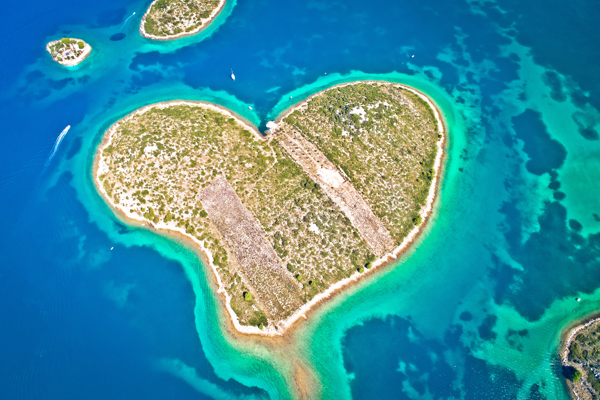 6. Vineyard with a sea view

Sample locally produced wine! The region may be best known for Maraschino cherry liqueur, but it also has wine bearing areas. For example, you can head to Kraljevski vinogradi (Cro. Royal vineyards) in Petrčane, just outside Zadar to try out a few wines and enjoy the scenery.

Curious about the authentic Dalmatian lifestyle? While on your walking tour, stop by the Zadar market to see its buzz. Take a break on a terrace in a historical neighbourhood in Zadar, such as Varoš or Kampo Kaštelo and just take it easy. Just as locals do.

Explore the hotspots, discover your personal favourites in the Zadar region and write your very own story. Intriguing and unique.

Want to soak in the sun? Check out the top beaches in the region! How about visiting places in the region with fascinating stories to tell, including Pag and villages outside Zadar? 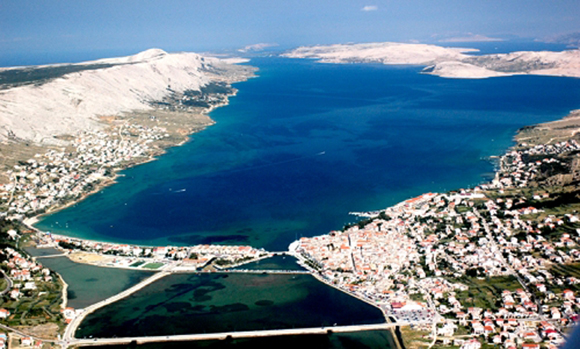