Do’s and Don’t’s for Tourists in Croatia 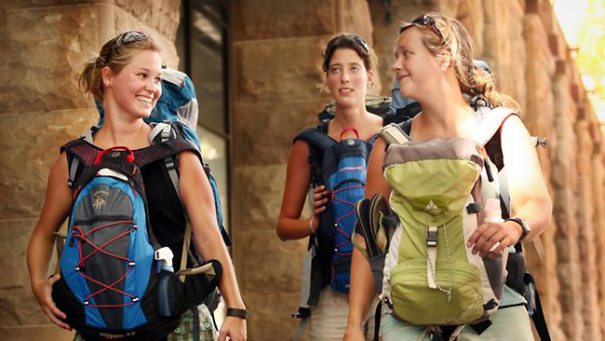 Irresistible Croatia. The tiny country in Europe, full of well-known and hidden gems, just waiting to be discovered, experienced, shared … So, you’ve decided to see for yourself what’s so great about it? Croats will love you, if for nothing else, you represent ka’ching! It may sound brutal, but tourism makes Croatia go round. Still, don’t think Croats will be sneaky just to drain your wallet as far as it goes. Here are a few tips for an excellent holiday, for not pissing Croats off and/or becoming the butt of their jokes:

Use a guidebook, preferably not the one your parents might have used twenty years ago, but rather its latest edition. Or even better, use the Internet and/or download apps for your smartphone - after all, it’s an excellent time-killer while travelling. Be very inquisitive about the country you visit and don’t refrain from asking - Croats will value your curiosity. Study the map for at least basic knowledge about the pretzel shaped Croatia, get to know its general geographical features.

Indeed, Zagreb is the capital, and no, Sarajevo or Budva are not in Croatia. A few of the most prominent cities include  Rijeka, Zadar, Split and Dubrovnik and they are on the coast, but hey, there’s life on the mainland, too.  For example, did you know Croatia has eight national parks and the most visited one, Plitvice Lakes, is on the mainland as well? Then there’s Varaždin, and Osijek, and Slavonski Brod, to name but a few cities. There are wine roads with many wine-tasting cellars in the north-western part of Croatia. Getting pissed with a view from a hill, why not? There’s Samobor with its kremšnite cakes. Delicious. Equally so the traditional meat products from Slavonia. But yes, feel free to stick to the seaside, since it truly is Croatia’s most precious gem.

Don’t call the Croatian language Serbian or Bosnian, as you could easily come across a person sensitive about the issue. After all, there was a war in Croatia only a few decades ago, and Croats can be very patriotic at times. It doesn’t matter that the three languages are very, very similar, linguistically speaking.

Speaking of talking, don’t feel intimidated if you witness two or more Croats yelling something at each other with a wild use of gestures - they might not even be fighting, but rather arranging to meet at some later point. This is just the way they are - loud and clear.

Learn a few, very basic phrases of Croatian. Hvala (pronounced hvah-lah, meaning ‘thank you’), molim (pronounced moh-leem, meaning ‘please’) and živjeli (pronounced zhee-vee-yeh-lee, meaning ‘cheers’) might actually open many doors. Because Croats know how to appreciate the effort. After all, they will probably do their utmost to help you in any foreign language they know. And Croats are actually not that bad at languages, quite the contrary.

Put sunscreen on. Let’s face it - it’s difficult to get really tanned in a lovely way, something the locals achieve throughout the summer. Particularly if you’re there only for a week or two. Trust us, frying in the sun only to become the crab-coloured tourist with a painful expression on your face won’t give you the tan, but it will make you a butt of the joke, where ever you go.

Travelling on a budget? That’s perfectly fine. There are plenty of restaurants with price-friendly daily menus. Or you can always eat a sandwich or fast food in the street. Croats do it, too. However, don’t eat in the street or on the beach anything you need cutlery for. Unless you don’t really give a D about what the locals think. Because they’ll think you’re cheap.

If you happen to become friends with Croats, and they invite you out for a drink, know that they intend to pay for the first drink. And the second. And the third. Maybe. But if you’re gonna have (a lot) more than just a drink or two, at some point they might expect you to return the favour. They won’t say it, but they’ll think it. And while you’re buying drinks, or having a meal at the restaurant, leave a tip. Not because it’s the norm, but because those who work at the seaside over the season, really work their A off. So, they’ll really appreciate your acknowledgement of the fact by giving them a tip. And they’ll treat you accordingly.

Break the ice, break the stereotype

Depending on the country you come from, your hosts will have some sort of a pre-established idea about the kind of a guest you’re going to be. Talk to them, ask them about their country - and they are very likely to be helpful, chatty, friendly, curious about you as well. Basically it’s about giving each other a chance and putting stereotypes to test. And if they turn out to be true, just laugh it off and have a drink!